Prevention is the best medicine. We’ve heard that before, but with all the products and services out there, things can get confusing. What vaccines are right for your dog or cat? What products do we recommend for fleas, ticks, and heartworm?

Wellness Care
for your Dog

ONE WELLNESS VISIT ONCE A YEAR

We want to examine your dog every year and run a blood test that checks for Heartworm, Lyme Disease, Anaplasma and Ehrlichia. We recommend monthly heartworm prevention, and flea and tick prevention as well. We currently sell K9 Advantix II, Nexgard, and Seresto collars. We would also like to check your dog’s feces for parasites. We administer vaccines based on your dog’s risk for each disease and provide a comprehensive medical exam.

We consider dogs to be seniors at seven years of age. We recommend performing a “senior wellness” blood panel. This will check your dog for many age-related diseases like kidney disease, hypothyroidism, diabetes mellitus, liver disease and many other issues that we can’t identify on a routine exam. 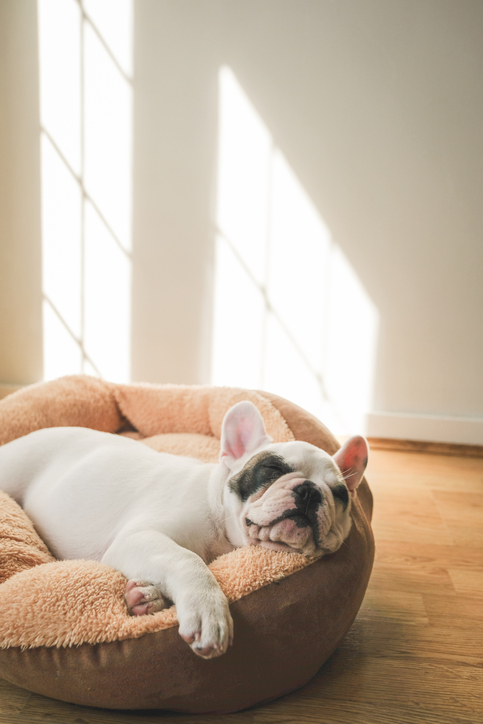 ** Vaccines do not necessarily have to be given the same day. After the 2nd puppy exam, you will not be charged an additional exam just to give vaccines.

**Please note: the following is a general guide. We will develop a vaccine schedule that is specific to your pet’s age, breed, and lifestyle.

Wellness Care
for your Cat

ONE WELLNESS VISIT ONCE A YEAR

We consider cats to be seniors at 7 years of age. We recommend performing a “senior wellness” blood panel. This will check your cats for many age-related diseases like kidney disease, hyperthyroidism, diabetes mellitus, liver disease and many other issues that we can’t identify on a routine exam. 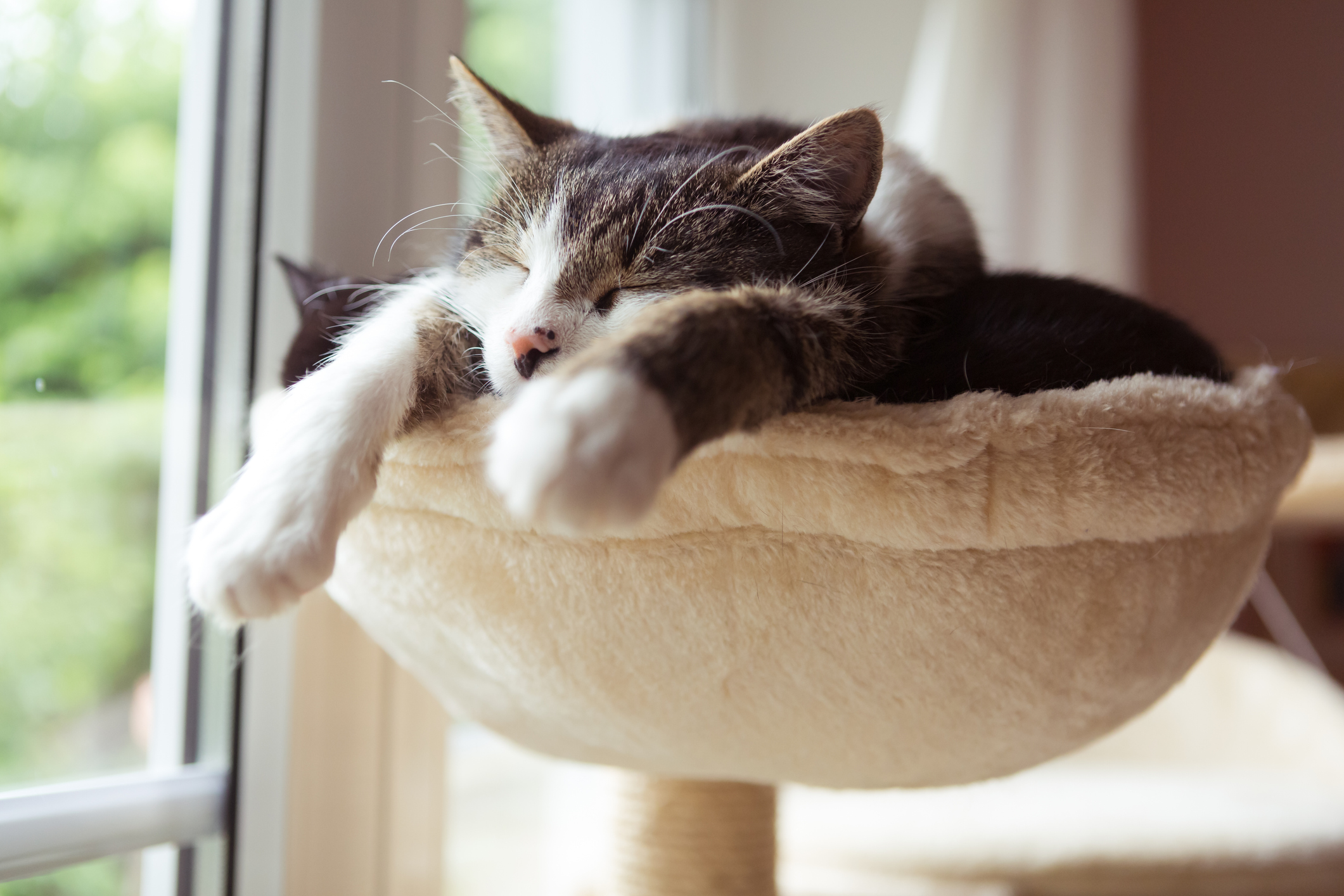 **After the 2nd pediatric exam, you will only be charged for vaccines unless you would like the vet to examine your cat.

It is important to vaccinate your pets (dog and or cats) to provide them immunity against harmful pathogens and parasites they come into contact with during their lifetime. Vaccinations can help prevent diseases from being passed on to another animal, but to humans as well. Be proactive and protect your pets and family today! Our vaccines include:

Please note: the following is a general guide. We will develop a vaccine schedule that is specific to your pet’s age, breed, and lifestyle.

The minimum age requirement is three months. The rabies vaccination is required by law. More information about Rabies can be found here: Rabies. The first vaccine is suitable for one year. Subsequent vaccines are good for three years.

The minimum age requirement is six weeks. A ‘core vaccine’ – protects against Distemper, Adenovirus type 2 (includes Hepatitis), Parainfluenza and Parvovirus. Distemper information can be found here: Canine Distemper. Hepatitis (Adenovirus) is a virus that attacks the liver, kidneys, spleen and lungs. Affected dogs will develop a fever, bleed abnormally, sometimes get a “blue eye,” and lose white blood cells. Parainfluenza is a highly contagious virus that can produce pneumonia. Parvovirus is a highly infectious virus that causes the intestines to “rot” from the inside out. Parvo is spread through feces. Parvovirus information can be found here: Parvovirus Information Center. After the initial puppy series, it’s good for one year. The next time it’s given, it’s suitable for three years. For dogs who did not get puppy series: Initial vaccine is given, then a second vaccine three weeks later.

The minimum age requirement is two months. Vaccinates against Bordetella Bronchiseptica, commonly known as kennel cough. Kennel cough causes a severe cough that sounds like a goose honk. This vaccine is recommended for dogs who will be exposed to other dogs (in kennels, dog parks, grooming salons, training classes, etc.). Given every nine months after eight weeks of age.

The minimum age requirement is three months. Optional, but highly recommended. Lyme’s Disease is carried by deer ticks. This is a bacterial disease that attacks the joints and the muscles causing severe pain, and most dogs, when affected, can’t get up. This disease can also cause kidney failure, and sometimes even attack the heart. Lyme disease is highly endemic in the Capital District. Most dogs will be exposed at some point in their lives. We highly recommend this vaccine to all dogs living in the Capital District. The initial vaccine is given, then a second vaccine 3-4 weeks later. After that, annually.

The minimum age requirement is three months. Optional – Highly recommended for dogs near ponds, lakes, streams, and pets that live near wildlife. This vaccine protects against Leptospirosis, spread by contact with animal urine infected by the disease (typically through water such as ponds and lakes). This bacteria causes kidney and liver failure. It generally is harrowing. This disease is also transmissible to humans through contact with the urine. The initial vaccine is given, then a second vaccine three weeks later. After that, annually.

Please note: the following is a general guide. We will develop a vaccine schedule that is specific to your pet’s age, breed, and lifestyle.

The minimum age requirement is 3 months. The rabies vaccination for cats is required by law. Additional rabies vaccine information can be found here: Rabies. The first vaccine is good for 1 year. Subsequent vaccines are good for three years.

A ‘core vaccine’ for all cats – protects against feline viral rhinotracheitis, calicivirus, and panleukopenia (distemper). Rhinotracheitis and calicivirus information can be found here: Feline upper respiratory diseases. Rhinotracheitis and calicivirus are two viruses that attach the nose and eyes of kittens and cats, resulting in sneezing, fever, and clear nasal discharge. Left untreated, these viruses can lead to pneumonia, heart disease, eye ulcers, and chronic respiratory problems. Feline Panleukopenia information can be found here: Feline Panleukopenia. After the initial kitten series, it’s good for 1 year. The next time it’s given, it’s good for 3 years. For cats who did not get kitten series: Initial vaccine is given, then a second vaccine 3-4 weeks later.

The minimum age requirement is 6 weeks. A simple blood test that checks for Feline Immunodeficiency Virus and Feline Leukemia. FIV is similar to HIV/AIDS in humans. It is not contagious to humans, but both FIV and FeLV are spread from cat to cat. Highly recommended yearly for all cats who go outside.

Information regarding feline leukemia can be found here: Feline Leukemia virus. Optional, but highly recommended for all cats who go outside. Initial vaccine is given, then a second vaccine 4 weeks later. After that, annually.

Did you know a simple blood test can uncover a plethora of important information about your pet? It can show us if your pet has deficiency levels, diseases, viruses, infections, and much more! Aqueduct Animal Hospital has the ability to conduct in house laboratory testing to minimize wait time.

Heartworm is spread by mosquitoes. Heartworms will grow and reproduce in the bloodstream, causing heart failure and respiratory disease. This disease is preventable with monthly heartworm preventative like Heartgard. Puppies should be started on heartworm prevention at their first visit and given monthly for the rest of their lives. This simple blood test checks for Heartworm disease (which is spread by mosquitoes) and three tick-borne diseases: Lyme, Ehrlichia, and Anaplasmosis. This is an annual test starting between 6 months to 1 year.

This is a blood test that we recommend annually for pets over the age of 7. This tests the liver, kidney, thyroid, and pancreas function as well as checks for red blood cells, white blood cells, and platelet abnormalities. This simple blood test can be performed during your dog’s annual exam.

We are part of the local community

We invite you to learn more about how we give back, our history, testimonials from happy clients and more.